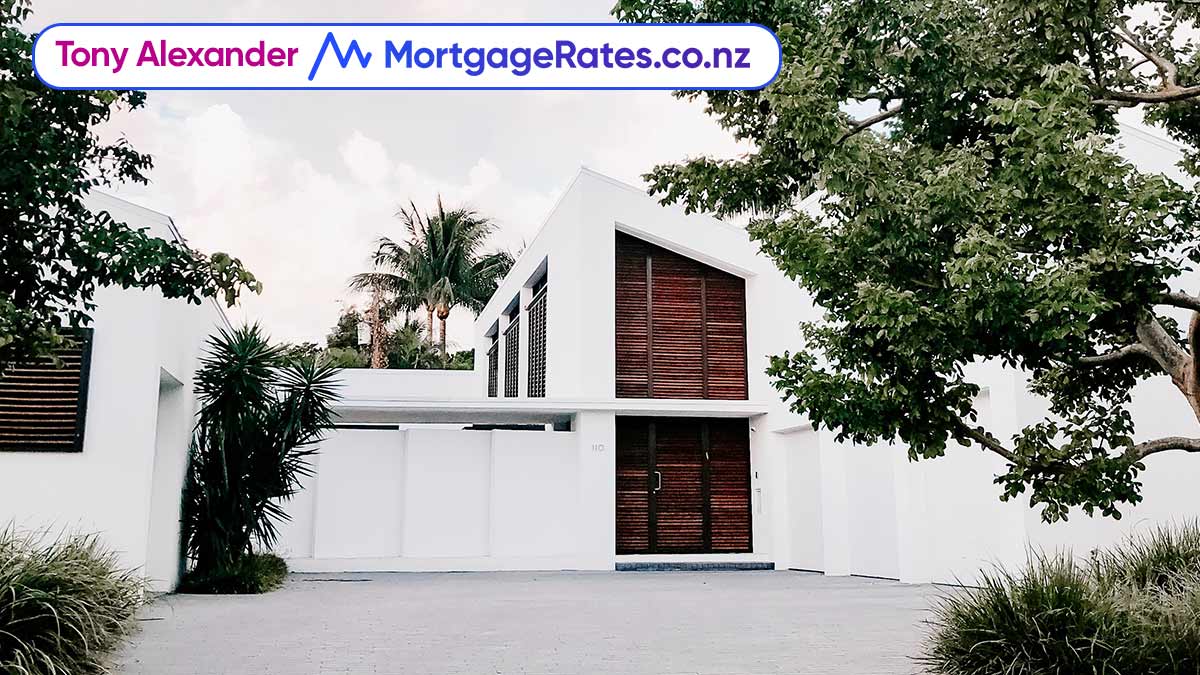 The commonly accepted view is that New Zealand house prices have soared 500% since 1992 because of insufficient construction. This is not true. If there was a large shortage of houses in total, we would expect to see the average number of people occupying a house rising through time. But in 1991 the household occupancy rate in New Zealand was 2.78. In 2018 it was 2.82. If there is a shortage it amounts to less than one year’s house supply growth at around 24,000.

House supply has essentially grown at the same pace as population over the past three decades. So, what are the factors pushing house prices higher, and in looking for restraint, could the authorities try to reverse the biggest of them - low interest rates?

Back in 1991 the average interest rate across all mortgages was almost 16%. That rate fell to an average of 10% for the bulk of the 1990s and that was the first structural decline in mortgage and deposit rates. The outcome was people could meet bank debt servicing requirements with higher debt than before – so higher prices were bid for houses at auctions. Prices went up.

The second big structural decline came during and after the GFC with rates getting down eventually toward 5%. Again, improved affordability was factored into the prices of houses. Finally, we have the rate cuts of last year and this year which represent the third and final structural fall. Again, lower rates have driven more house buying and discouraged investment property selling.

There are many other factors also explaining higher prices

One is the entry of females into the workforce from the 1970s bringing higher bidding power to double income families. We have also seen a sharp rise in the cost of getting a house built through expenses related to energy efficiency, earthquake strength, health and safety, council levies and inspections, materials testing, builder accreditation, land and infrastructure costs as easy, flat, land has been used up.

Another big factor behind higher house prices is a decrease in the proportion of new houses built which are priced in the lowest 25% of the house price range. Up until the mid-1990s this proportion was near 25%. Since then it has typically been 5%.

As construction adds about 1.3% to the house supply each year, as time goes by a smaller and smaller proportion of the housing stock is considered low-priced and basic maths explains the average price rising through time.

Another big factor explaining higher prices is encouragement given by governments over the past three decades for people to save for their retirement. We have responded by building up assets including not just shares and bonds, but residential property as well.

We can also add in the fact that population growth and house supply growth have not been even across all centres, with Auckland in particular feeling the strain. That can explain some extra price pressure.

Can house prices go back the other way?

Looking through the list of driving forces behind higher prices it is not at all clear that any can reasonably be reversed. Discourage retirement saving? Have females quit work? Take building standards back to 1970s levels? Raise interest rates?

That last factor would definitely have an impact and could easily push house prices lower. But the Reserve Bank does not have a mandate to target house prices. They are tasked with keeping inflation close to 2%, trying for full employment, and maintaining stability in the financial sector.

Higher interest rates in an environment where inflation is already low would risk throwing the economy into a deflationary spiral. So, borrowers do not have to start worrying about the Reserve Bank reacting to the current house price boom by raising interest rates as happened ahead of the GFC.

But will they cut again next year? Probably not now that house building is booming, businesses are restarting capital spending plans, the jobs market is strong and displaying shortages, and vaccine developments suggest a return of inbound visitors come early-2022.

The chances are high that this is about as low as mortgage rates are going to go. Considering that, and allowing for underlying positive economic growth surprises, perhaps borrowers need to start thinking a bit more about fixing longer than the current favoured term of just one-year.