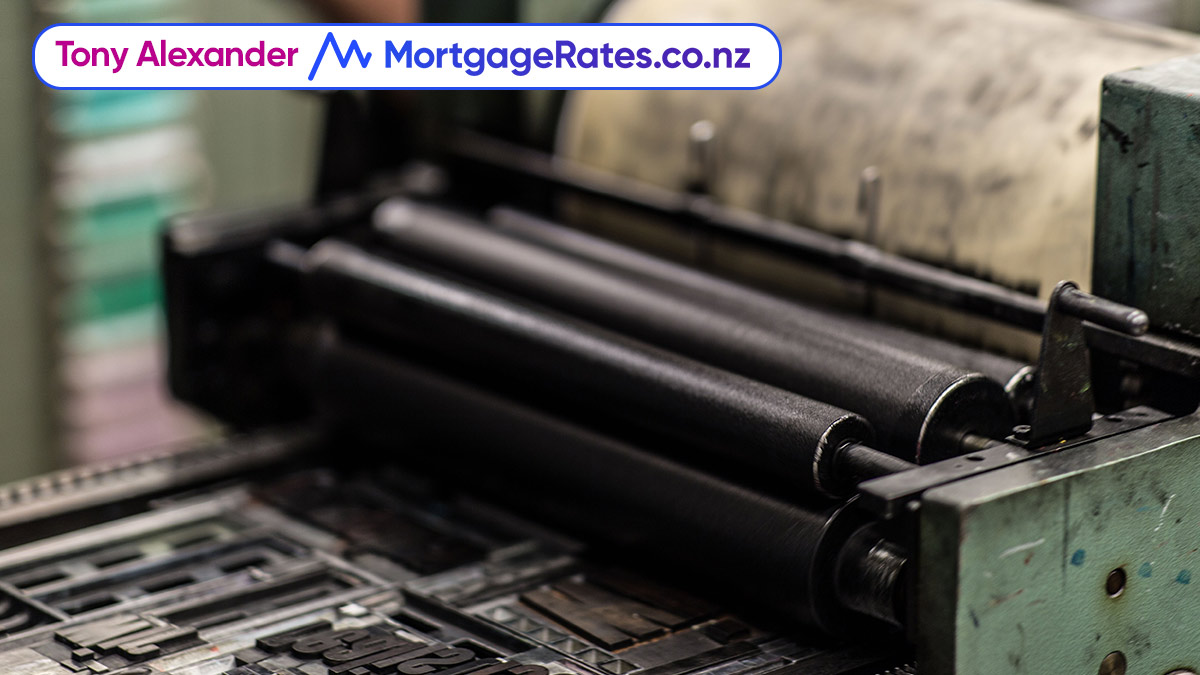 A few people in recent months have been asking whether the printing of money will propel higher inflation which will lead to interest rates also surging higher. Answering their queries is actually quite easy.

Countries like the United States, UK, Japan, and Eurozone area have been printing money since the GFC. There is no evidence that the extra money sloshing around national financial systems has pushed inflation higher. In fact, there is little evidence that economic growth rates have been boosted.

What's the impact of printing money?

Mainly, all that has happened is that interest rates have been kept at lower levels than would otherwise be the case. In the post-GFC environment where people have been wary of debt and banks around the world have been building bigger capital buffers and tightening lending standards, the bulk of the printed money has never really circulated.

Some has however ended up in asset markets and caused those assets’ prices to be pushed higher than would otherwise be the case. Here, we are talking about shares and property – both commercial and residential.

In New Zealand we now have money printing, which basically means the Reserve Bank keeps medium to long-term interest rates low by buying medium to long-term bonds. If they did not do this the large deficits being run by the government would push rates much higher because investors would need encouragement to purchase the financing bonds sold by Treasury.

As an aside, a central bank can buy bonds in the private marketplace (print money) anytime it wants. The government does not have to be running a budget deficit. It just so happens that right now, this Covid-19 shock has occurred when interest rates were already at record low levels. The Reserve Bank’s official cash rate was cut 0.75% to 0.25% back in March and although technically they could keep cutting it into negative territory, in practice that would not just be a waste of time, it could be counter-productive.

Overseas there have been negative official interest rates for a number of years in Europe, Japan, and Sweden. None of the central banks involved has taken their cash rates more negative as a result of the Covid-19 crisis. They have observed that their negative rates have not only not led to negative bank lending rates, but instead seem to have made banks more reluctant to lend.

Why has this happened?

Banks need to keep high levels of term deposits for periods longer than three months. The lower wholesale interest rates go the lower term deposit rates go. But you reach a point at which the depositors decide rates are so low they start investing in other things, such as shares. This can make it hard for banks to keep the deposits they need. So, they find they cannot cut term deposit rates as much as wholesale interest rates have fallen, especially for medium to long-term time periods.

Bank margins end up getting squeezed and worries about profitability causes banks to back away from higher-yielding but generally riskier lending which thriving economies often need.

So, here in New Zealand it is extremely unlikely that we will see a negative official interest rate, and if we ever do, bank deposit and lending rates will not go negative as that has not happened overseas.

It pays to note that in recent weeks the economic data in New Zealand have tended to come in a lot better than expected. This means that the chances of mortgage rates going lower than they currently are look slim. Having said that, with the real estate market looking less worrying, banks are likely to head into Spring wanting to pick up new business, and perhaps that is when we will see some small rate cuts – most likely for terms fixed out to at most two years.