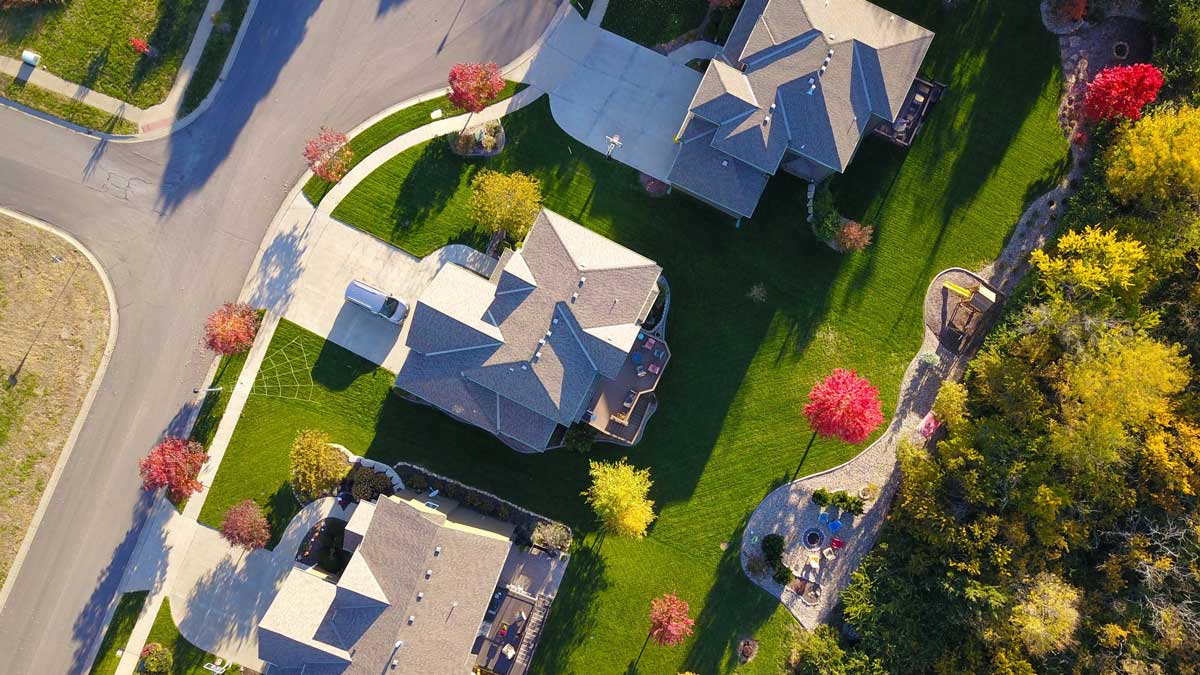 After a short hiatus and a 5%-10% fall in house prices, I’m going out on a limb given the current market pessimism and predicting we will stretch into what might be the last great housing boom.

I thought house prices were cooked. Now I’m convinced there is another surge coming that will see the average house price in New Zealand hit $1 million in the next ten years. Some would say that’s a no-brainer because property prices double every ten years. The outcome might be the same but the logic isn’t. Others will predictably say I’m ‘just’ a mortgage broker and talking up house prices is confirmation bias.

The GFC was a financial crisis

Lending standards were so low that people without incomes could buy a house, and on low honeymoon rates. They were called NINJA loans, basically No Income and No Job. When the honeymoon rates expired, many borrowers were pushed into default.

We felt the shock waves here, but New Zealand didn’t feel the full brunt of the crisis because our lending standards were much more robust.

2020 is a very different crisis. It was triggered by COVID-19 but will drive job losses as a result.

We have been talking about job automation for years and suddenly there has been a step change. Unemployment is forecast to hit 10 percent, and for the housing market the risk is that this leads to forced house sales and lower prices.

Unemployment will increase supply of houses for sale and reduce demand, but however bad it gets, unemployment is a temporary factor and the economy will rebound in two to three years. Economists are forecasting a return to normal economic growth by 2023.

House prices will fall in the short-term due to COVID-19. How much is anyone’s guess, but what is different this time is very low interest rates, mortgage deferrals and high levels of Government stimulus.

Lower house prices will open up opportunities for those with good enough credit to buy in this part of the cycle. Given how low interest rates are, at what point do buyers re-enter the market?

What happens after the correction?

There are doomsayers who continue to predict a big fall in house prices. Some would argue that if house prices doubled in six years, they can halve in three. Others simply point to affordability arguing that housing is less affordable now than in the past. Whatever their rationale, the crux is that the market is over-valued and that prices will revert back to a long-term average.

I’m ok with that as long as the right long-term average is used and they make an adjustment for a structural shift in interest rates. Of course, they don’t.

So, let’s get right into the numbers

Now if income growth were the only factor, then property would double every twenty years. But clearly it’s not.

Today, mortgage rates are below 3.00%. Meanwhile, the NZ mortgage market has grown from $62 billion in 2000 to $280 billon today. As debt levels have increased the economy has become more sensitive to small changes in interest rates and the Reserve Bank’s ‘neutral official cash rate’ has progressively fallen. Put simply, a 5% mortgage rate today is becoming as scary to a borrower as a 9% rate was twenty years ago.

So what’s important is affordability (how much borrowers can afford to pay). And we need to contemplate lower interest rates.

Here’s an example: if we take our income-adjusted house price of $365,000 then the total interest cost in 2000 for an 8% mortgage rate would be:

This is the amount of the interest the borrower would have paid.

Now, let’s look at what the equivalent median house price would be, based on a lower mortgage rate of 4% today:

The actual median house price in New Zealand is $670,000 so arguably there is the potential for house prices to increase further up to the fair market price of $730,000.

Although house prices have in fact quadrupled since 2000, this can be fully explained by household income growth and long term reduction in interest rates.

Now if house prices were to fall by ten percent to $603,000 then the gap up to our fair market price increases even more.

What does that mean? When unemployment rebounds, there will be a strong lift in house prices.

If incomes continue to grow by four percent per year over the next ten years, then the median house price in New Zealand will be $1.0m by 2030.

The blue line in the below graph is the percentage of household income used to service your mortgage. So this shouldn’t change dramatically over time due to higher incomes, even as house prices increase.The grey bars are future forecast house prices, allowing for an initial reduction due to Covid-19, driven by household incomes and assuming mortgage rates remain low. 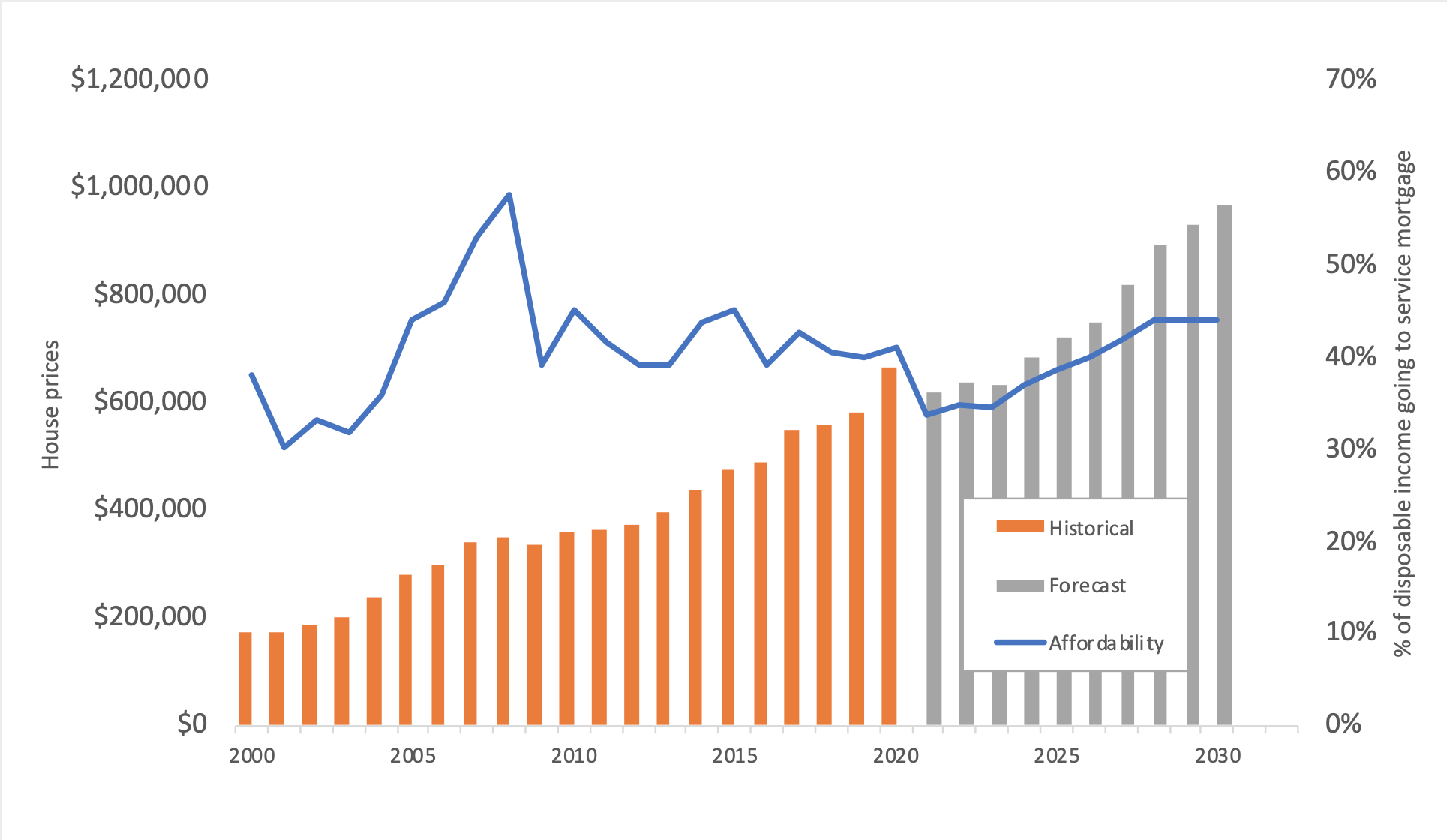 Figure 1 - House prices and affordability. Percentage of household income required to service a mortgage based on average house prices.

One million sounds like a lot, but our perspective on a million dollars has cultural bias around an outdated narrative on what it is to be a millionaire.

In 1960 being a millionaire meant something. Today just about anyone over 50 who owns a house and has superannuation tucked away will be a paper-based millionaire. If you put one million dollars in the bank you’d earn $13,400 a year after-tax, hardly an amount to live off comfortably without eating into savings.

And for the old school purists who hate the kiwi obsession with property, it is worth remembering that a bet against property is a bet against the Government, the Reserve Bank and our financial institutions. The whole system is engineered towards protecting long-term property prices as our main store of wealth. In a world where governments can print money, I’d argue that property replaced the gold-standard.

Finally, in this ‘great recession’ the average first home owner will have an interest cost of $280 per week versus renting the same house for $550 per week. If they lose their job, they can have a six-month mortgage deferral or put the mortgage on interest-only. A tenant on the other hand gets the ‘street’ or social housing if they are lucky. Who would you rather be?

This article was written by John Bolton, CEO of Squirrel and was used with permission. You can view the original article here.