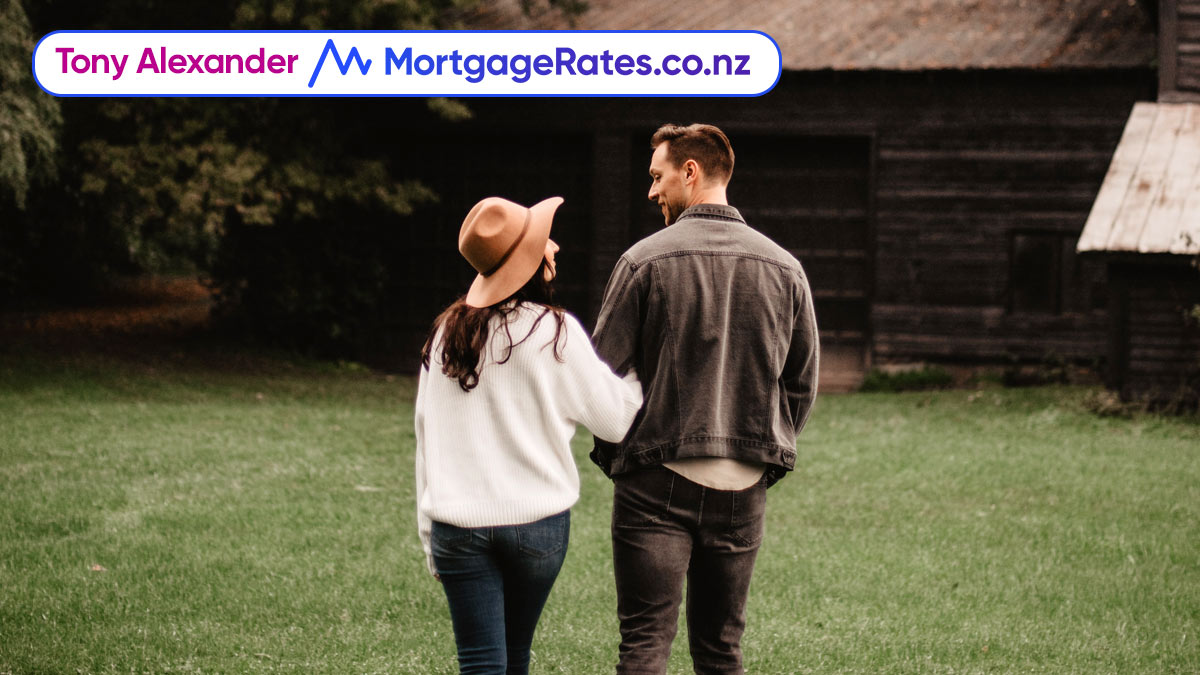 Usually in this column I only look at interest rates from the point of view of a borrower. But things haven’t changed much in that regard for a few months now, and may not do so again unless the Reserve Bank cuts the official cash rate below 0% early next year. Personally, I think that by April next year they will accept that there is good growth momentum in the economy and won’t make that cut.

All that will mean is that we may have current levels of mortgage rates not just in six months time, but 2-3 years from now as well. But for the moment, let’s consider the other side of the bank lending equation – their borrowing.

Where the banks get their funds from

Banks lend out about $280 billion to households for housing purchases. But they have funding from households exactly equal to $200 billion. It might pay to stop and think about that number for a moment.

It is not true that no one in New Zealand has any savings. We are not a poor country.

In fact, the net worth of NZ households is around $1.7 trillion. That is made up of about $300 billion worth of debt in total offsetting about $1 trillion each of financial assets and housing assets. Given that net housing assets add up to about $700 billion while financial assets are $1 trillion, it is not accurate to say that we Kiwis hold all of our wealth in housing.

That is simply a falsehood perpetuated by those who feel there is something morally wrong with house prices being more than three times average incomes as they were half a century ago before important things happened which have boosted house prices permanently.

A lot has changed in the last 50 years

Some of those important things are women entering the workforce, people saving and investing for a retirement governments have warned the past three decades might not involve decent superannuation payments. Also we have seen big structural declines in interest rates along with big hikes in construction costs, building standards, numerous council fees and levies, and reduced availability of urban land.

Banks are taking the opportunity provided by a wave of cash hitting their deposit accounts to slash interest rates. Where is this wave of money coming from? Currently households have deposits with banks which are 9.2% ahead of levels a year ago. Heading into the Covid-19 crisis that rate of growth was slowly edging down and was just over 4%.

If we extrapolate that trend out we can calculate that households have on deposit with banks about $10 billion more than would have been the case if the global pandemic had not occurred.

But there is more

The Reserve Bank is buying bonds and they pay for those bonds by crediting money into the accounts of the people and institutions selling them the bonds. So far in their bond buying/money printing operations they have bought $34 billion worth of bonds. 90% of those deposited funds are still sitting with banks. They have gone nowhere – not into housing, shares, or other bonds.

Awash with funds there is no threat that banks are going to have to rein in their mortgage lending in the coming years because of a shortage of liquidity. The situation is exactly the opposite. The Covid-19 shock may be costing banks a lot in terms of some customers being unable to service their debt. But it is delivering them a sharp widening of interest rate margins and the losers are depositors. The winners are the borrowers, and especially the property buyers.