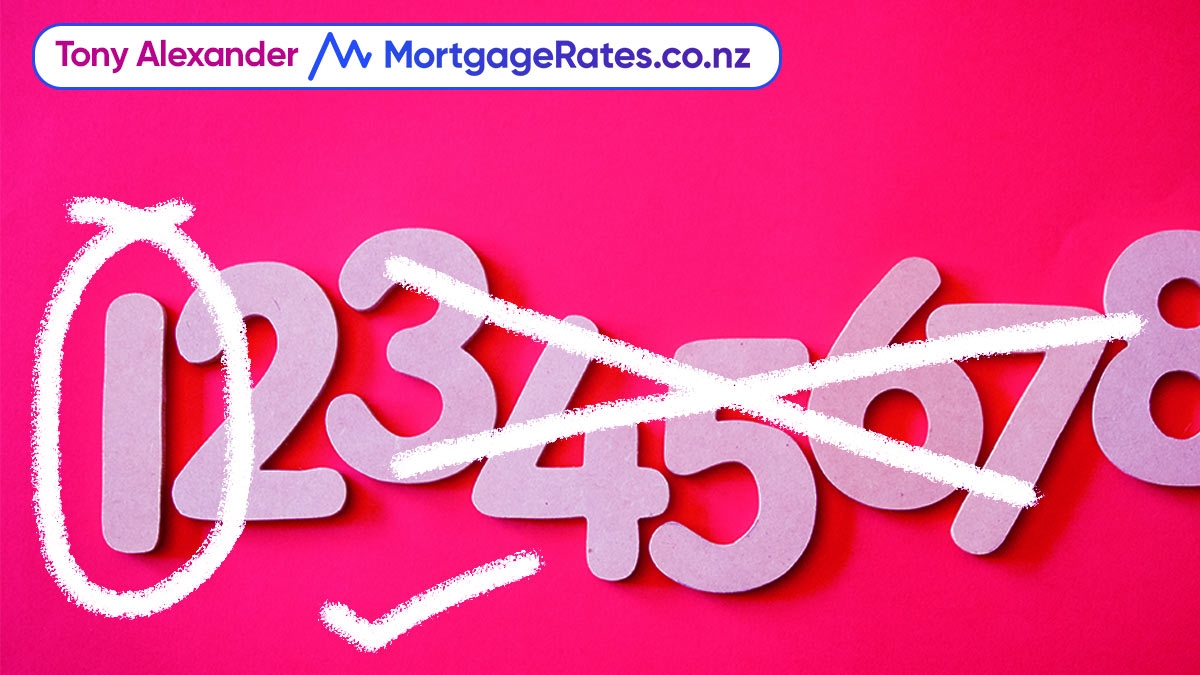 Each month I run a number of surveys covering real estate agents, property valuers, the public generally, and mortgage advisors. One of the questions I ask mortgage advisors is what term people are showing a preference for when setting their mortgage. In the most recent survey 96% of advisors said that people are favouring the one-year term.

The reason for doing so is fairly clear – it is the cheapest rate on offer. Historically, no matter what people tend to expect will happen with interest rates, we Kiwis will opt for whichever time period costs the least.

But this time around fixing for just one year, or even two years, looks optimal from a rates expectations point of view as well. That is, it does not seem highly likely that within the next two years our central bank will be trying to slow down the pace of growth in our economy by raising interest rates.

So, the chances are good that in both one- and two-years time, these fixed rates will still be very low.

But what about interest rates for longer time periods?

Currently they are not remotely popular. But borrowers need to be aware that it is in the nature of asset markets to be forward looking. For interest rate markets that means that long-term borrowing costs tend to reflect where investors and borrowers expect short-term rates to average over the relevant long period of time.

Thus, even in times of weakness, if an expectation arises that things will become so bright that the Reserve Bank will be raising interest rates in two year’s time, then the fixed rates for beyond two years will go up in anticipation of that change.

History tells us that we are not very good at picking when expectations will shift. In this current context that means that we cannot as yet take a strong punt on when we think the post-Covid state of the economy will become so strong that the central bank starts raising the official cash rate. One day, it will just happen and the long-term borrowing costs will jump up.

A key trigger is likely to be a shift in interest rate expectations in the United States.

Our long rates tend to be influenced by US long rates

It seems likely that before we get a lift in NZ long rates because of a change in our pick for monetary tightening here, that we will get those long rates rising because of vastly better sentiment and monetary policy expectations in the US.

But again, we cannot know when this will happen.

For borrowers what this means is this

If you fix longer than two years, you risk having your rate come up for renewal during a period when rate expectations are rising. You will probably still be able to refix at very low one and even two-year rates. But for periods longer than that you’ll risk fixing at rates above what you see for those terms in the market at the moment.

This is of no importance for people who plan to keep fixing for only one- or two-year terms. But it is something to consider for those who want to fix for up to five years in order to get rate certainty, but who are not doing so currently because those rates are too far above short rates.

For these long-term fixers, at some stage there will be a scramble to lock in these long rates before they jump up. My current best guess for when the combination of changing interest rate expectations in the United States and here causes such a shift up in those long rates, is about two years from now.